In his speech, Prof. Dr. Bibin Rubini, MPd as the Chancellor of Pakuan University continues to urge the participants, judges, and other committees to implement health protocols during the pandemic. The 2021 NUDC and KDMI debate begins with a selection at the faculty level to select the best representative team.

The core agenda of the debate competition this time, is that all participants are formed into a team. This is an event to show the level of confidence in individuals in building team cohesiveness when defending arguments. In addition to increasing the participants' self-confidence, the KDMI and NUDC events are important because they are related to speaking, arguing, and discussing skills to find the best.

At the end of the debate competition, the winners were announced for the NUDC and KDMI categories. The following is the announcement of KDMI and NUDC at the level of Pakuan University in 2021: 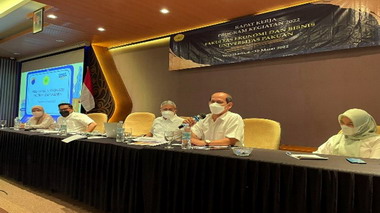 Preparation and Sharpening of the 2022 FEB Work Program 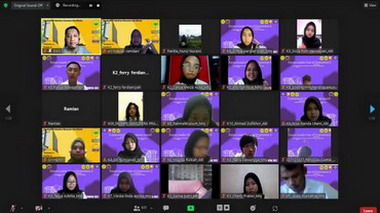 Myths Versus Facts in the Palm Oil Industry